HI, I am Charly Ray a singer songwriter producer from San Diego California.
Thanks for joining me today for my podcast series.
This is Episode 2, where we will be discussing the composition "Shock Your Chakra" which is track
2 on my album Holy, available now at charlyraymusic.com. In which you can find links to multiple markets such as Itunes amazon us and UK google play, spotify shazam jango and I will be expanding my market reach in to deezer tidal anghami beatport digital emusic juno and 24/7 in by summer of next year.

Shock your Chakra is the longest track on the album. Though I did not conceptualize the album in the early stages of it's birth, I did remain true to my creative processes in terms of how I compose individual pieces. I always have an idea about what it is I am going to write and how I want to get my point across, but I am not alwyas sure of what the end result is going to sound like.
People always ask if I write the music first or the lyrics first and at this point in my life, I write them both together so, in a sense, they have a sorta paralled life cycle interms of when they come into existance, like twins.
When I was younger, I would ususall write lyrics first, kind of in the structure of a poem but over time, I realized how much more depth I could cultivate if I was writing the music along with the lyrics. I have been writing this way, exclusively, for about 10 years now. It also helps me retain the song better and not forget any neuance that gives each piece a signature sound.

In terms of the music,
I really pushed myslef to be more experimental with melody canges as well with the vocal layering and overall ambience and nueance.
During the time I was composing the music and lyrics, I was listening to a lot of music from a band from Denmark called Quadron. We actually saw the lead singer named COCO perfrom in LA back then, and it was very inspirational. They actually have this Contemporary R&B sound that pulls from Michael Jackson and Diana Ross as well as Morcheeba and a group called Moloko which was fronted by the amazing Roisin Murphy. Which has been a huge inspiration on the whole of my work for the last six years or so.

I wanted this modern R&B or trip hop sound for this song, but I also wanted, not to have it sound too commercial as it began to grow, I realzied it was going to just keep going and going. Not really, but in a sense it ended up being a pretty lengthy song.
In terms of the length, it just felt right as it kept growing, and I was not able to edit it down into a place that felt whole. I did release a version on Jango that was a considerable shorter, and there will be a similar version at the end my commentary.

I want to take the rest of my spoken time and answer a few questions that have showed up on social media, or sometimes, people message me or email me questions, which is awesome be it often shed light on things I never think about because I am so focused on the production side of everthing I get a little lost at times. Alos, that very reason is why I decided to do the podcast series. I really helps take my mind off the intensity of composition and production which can become pretty exhausting.

One question I really love and lot's of people ask it, is ..... What skills or personal attributes does it take to be successful?

Most importantly, you need to be a good business person. There are so many talented artists out there, but not very many of them know how to make a living off of their talent. So the most important aspect of being an musician – an independent one – is knowing how to book shows, capitalize on opportunities, be assertive, and ascribe value to your work, so much so that people want to invest in what you have to offer.
You also need to be extremely flexible and have an easy time engaging with different groups and types of people.“…there is something very special about working from the ground up and building your career slowly so that it is strong and long-lasting in the future.”

You are definatley not going to get rich quick, however, if you explore all the opportunities out there for you, you can make a modest living at it. Also, people measure success across so many different planes of perception that what it means to be successfull to you is not what it means to me.
As for me, I want exposure for the work, not for myself, which are definately two separate entities. Maybe when I am older I will merge the two personas, however, as for now, I keep them separated. The thought of being famous actually makes my stomach hurt. That is also a perk of bing an independant artist..... you have total control over every aspect of your career as a musician. Therefore, if you have a good product and people are interested, just keep doing it and go as big or as small as you like. Resources are bountiful in the field no matter what skills or persoanl attributes you posess there is alwyas a niche for whatever it is you can do. This thing is to find a place where you can do what it is that you do, and never conform or let peopple try and change what you are doing to fit into a place where you are not 100% comfortable. Otherwise your creative processes may be somewhat compromised.

Well, thanks for tuning in for Episode 2, and here my song Socck Your Chakra available now at www.charlyraymusic.com 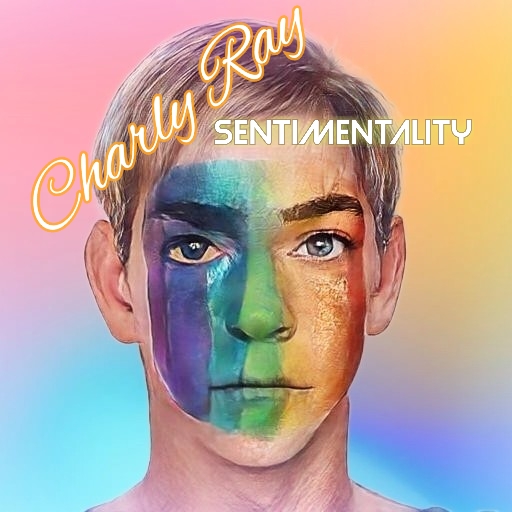