Click on the links below to listen to Episode 4 of my podcast series for my album HOLY.....


HI, I am Charly Ray a singer songwriter producer from San Diego California.
Thanks for joining me today for my podcast series.
This is Episode 4, where we will be discussing the composition "Body Language”. Which is the 4th track from my album HOLY available now at charlyraymusic.com. You can find my album HOLY in multiple markets such as Itunes amazon us and UK google play, spotify shazam jango all on my website charlyraymusic.com, as I will be expanding my market reach in to deezer tidal anghami beatport digital emusic juno and 24/7 by summer of next year.

So, Body Language was written after an extended weekend in Vegas. Glenn and I traveled to Vegas with one of our best couple friends Silke and Jerry. Silke is the true inspiration behind the concept of the song, as she is a Professional Latin, Ballroom dancer. Which in turn, means, so is everyone around her when we are out having fun because she could inspire anyone to get up and dance. And I emphasize, ANYONE!! Most times, the craziest person closest to us, nonetheless, everyone is always dancing.

When we got to Vegas, we met up with some other dancer friends we met in San Diego, and they opted to show us around and take us out for a couple of days. The very first night that we were there, we went out to a club and it was beyond AMAZING!! Jerry stocked up on 5 hour energy drinks shots, and we added some vodka, jagermeister and who know what else. We ended up closing down the club and going to back to our rooms before daylight. Our Vegas friends that we met there, Stephanie and Rene, Rene being a guy, I think.... Anyway we only had one king size bed so the four of us had to sleep in one bed. Without going into grave detail about the situation, I will just say that the next day was really uncomfortable for everyone.

Jerry and Silke had gotten up early and rented a cabana by the pool with bottle service. Glenn and I made it down around noon and by the time we got there Rene was already wasted. We had a nice day by the pool, relaxing and sleeping off our hangover by the pool. Around 4 pm... an thunderstorm appeared, out of the blue, so they pulled the plug on our cabana and out bottle service. The six of us met up and decided to go back up to our room to chill out, probably take a shower and then go out again. Unfortunately, none of those tasks were accomplished. As soon as we got into our room, Stephanie and Rene got into an argument and they were leaning and then not leaving and cursing at each other, and we were all kind of paralyzed and in shock. After about an hour of them fighting, Stephanie left the room and Rene got up to go to the bathroom. I heard him vomiting! Initially I thought, OK this is good, he will get a lot of the alcohol out of his system. He continued to vomit, until he began to convulse and then we go really scared. Finally Stephanie came back and then everyone started to panic. He was in really bad shape..... I felt like we were in the movie Transporting …... This whole ordeal went on for about 3 hours and finally, Silke, Jerry, Glenn and myself, decided to just go to the buffet in the hotel to eat because we needed to stay close by because of the drama. When we returned to room about an hour later, the two of them were gone and we never saw or spoke to them again. This was about 4 years ago.....

Body Language, chronicle our two nights in Vegas and the mood inspired on a whole, by Silke. I wanted a modern salsa / foxtrot feel to the rhythm so when I was writing it I thought WHAT WOULD SILKE do, in terms of choreography for this part, or this part and I found myself dancing every time I worked on this track. I also envisioned her dancing an original piece for my video for this song, but we are both too busy to breathe, so that is probably not going to happen, anytime soon. We did, however, manage to compose two tracks where Silke is does all the vocals and I produce the music. They are hot dance tracks in English and German.... We may get around to mastering them some day getting them out to the public, where they belong.


Well, I hope you enjoyed my Vegas story and I hope you enjoy my song Body Language, from my album HOLY, available now at charlyraymusic.com.
at December 06, 2017 1 comment: 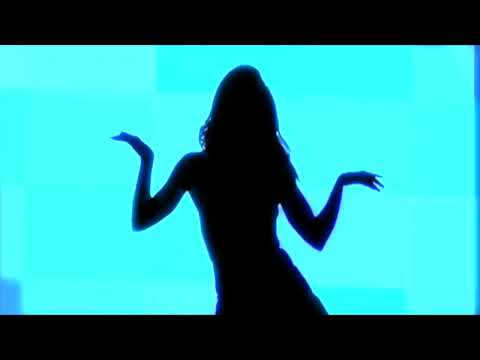